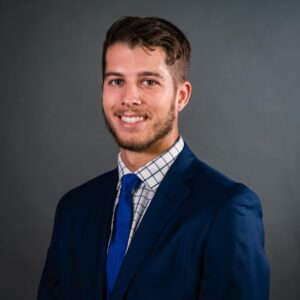 He was previously founder of Lightning Property Services, a property services and project management company. David was previously Chief Operating Officer for WLW Capital. In that role, he managed the completion of numerous multifamily redevelopment projects and dozens of new construction single family homes. David was a key member of the team responsible for the multimillion dollar growth of the private lending division.

Raised in a ‘real estate family’ in upstate New York, David was a high school All-American soccer player. He was an All-ACC player and captain for the Virginia Tech men’s soccer team. David was the Assistant Club Director for New River United Youth Soccer. Following graduation from Virginia Tech with a degree in communications, he was a professional soccer player for Dayton Dutch Lions, FC Tucson, and Tampa Bay Rowdies. David is married and enjoys spending time with his family and friends. He is an avid boater and continues to coach and play soccer. 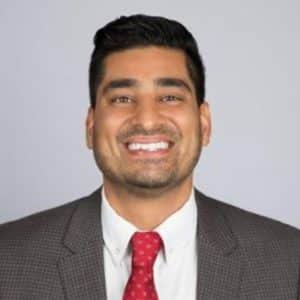 Caleb William Delgado moved to Florida from Long Island New York. As a top recruit out of Oceanside High School, Caleb and his father decided he would play division one soccer at Hartwick College. It was here through competitive sport that Caleb found his true passion, Real Estate. Following in his father’s footsteps, Caleb amassed a 10-year career in Mortgage Banking with firms including Fidelity Borrowing and later Alliance Mortgage Banking. With hard work and commitment Caleb would be promoted from an entry level position as a Loan Officer to Supervising Loan Officer for his own branch.

Caleb previously founded Delguardian LLC in 2017, when he realized he could provide services far superior to those being offered by existing banks, financial institutions, and other private money lenders. He quickly became one of the most renowned loan originators in the Tampa Bay Area. His success can be attributed to his lending philosophy, real estate experience, and hard work.

Caleb is currently a partner of DKC Lending where he brings with him his hard-work, charisma, and passion for real estate investing. With two decades of experience investing and flipping his own real estate portfolio, Caleb has navigated both the ups and downs of the market with consistent success. Caleb now specializes in providing private financing for investors looking to capitalize on the real estate market.

In his spare time, Caleb loves spending time with his eight-year-old daughter (Elaina Ann Delgado), playing soccer and being an active member of his local Church in Clearwater. 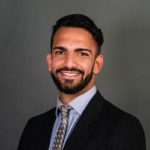 Enrique Bello moved to the United States from Caracas, Venezuela 11 years ago, in order to pursue his higher education. After being a top student-athlete at the University of Tampa, where he was a member of the Men’s Soccer program. As an International Student, Enrique had to come up with clever ways to make a living, while attending school. It was here where Enrique developed his skills as a marketer and entrepreneur, after launching his first e-commerce brand, and later launching his own Technology company. Enrique has been part of the development and creation of multiple mobile softwares apps, and custom software development projects.

Enrique has over 2 years of experience within the Real Estate industry, a long side with experience in raising private capital. He is currently part of the team at DKC Lending where he brings his energy, technology and real estate knowledge, with the goal of bringing on a host of new investors as well as sourcing and securing new real estate development projects

During his free time, Enrique loves to play soccer, and spend time with his dog Toulouse. 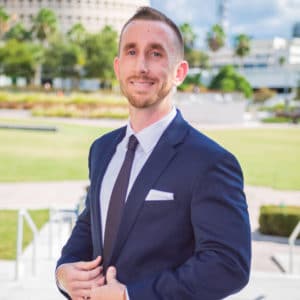 Mike Jones, a Tampa Bay area native is a real estate investor and entrepreneur. Mike brings an extensive background in real estate acquisitions, construction management, sales and leadership. Previously, he founded a residential remodeling company that specialized in working with investors and wholesalers. Through this venture he gained great experience in project management, planning, budgeting and all phases of construction. He quickly transitioned into the investment side of real estate with flipping residential single family homes, rentals and vacation rentals. Mike has also gone through extensive sales training which has allowed him to specialize in the acquisitions, management and dispositions of real estate with the DKC Lending & Development team. In his free time, Mike enjoys spending time with his friends and family of three sons and wife Michelle. He also loves boating, exercising and is an active member of his church in Tampa. 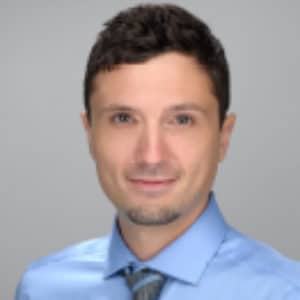 Mason Pelkofer is an investment administrator with experience in loan originating, processing, and underwriting. Previously, he was a registered mortgage loan officer and analyst licensed in over ten states, including Florida. Mason was a top-performing professional who generated hundreds of residential loans for a multi-billion dollar mortgage brokerage. He also has a background in hospitality management. Mason graduated with high honors in business administration with a minor in economics from California University of Pennsylvania. Mason and his girlfriend enjoy spending time outdoors and traveling. 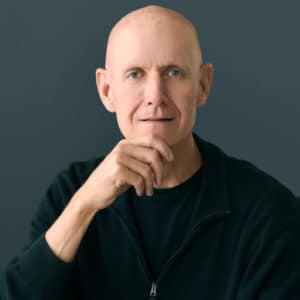 Rob Faw was previously chief executive for a publicly-traded communications company that was a worldwide leader in digital networking technologies. He was formerly president and vice chairman of a British software company and co-founder of a fiduciary and trust company. Rob was previously selected into a leadership development program with a Fortune 50 company after which he was responsible for worldwide business development of a software technology that transformed multimedia communications for global service providers. He has been a real estate developer and commercial property manager. Rob was previously on the board of a palliative care social benefit company and board member of a non-profit family counseling organization. He was formerly Tampa Bay President of an international Christian Business Leadership organization. Rob works with non-profit organizations in support of their faith-based missions in the U.S. and international. Rob is a U.S. Air Force veteran, Ironman, and has competed in over 65 marathons. He has lived and worked in Toronto, London, Chicago and Silicon Valley. Rob and his wife Jill currently reside in Safety Harbor, Florida.